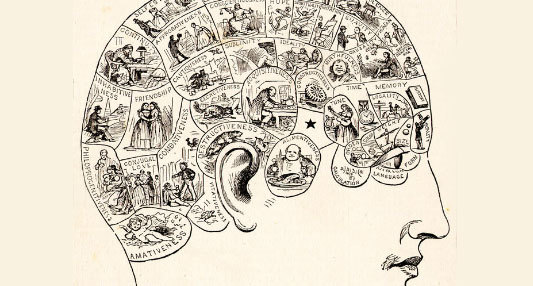 Are you into energy healing? There’s no doubt energies are real. After all, everything within the universe is a form of energy. Healing using energy systems of the body is nothing new. It is quite amazing though how Gary Craig seems to have taken full ownership of energy healing through his EFT. Oh! The buzz in the EFT world as they all fight about ownership of materials, as started by Gary is quite entertaining.

I will remain anonymous, but please be advised in advance that I am not an EFT practitioner, nor do I subscribe to EFT’s system of operation. I do like energy healing, in fact I was self-studying plenty of things about the body’s energy system through Ayurveda’s model, traditional Chinese medicine and Traditional Thai Massage. But I have not encountered much about the many things being mentioned by some EFT practitioners.

To be fair, there is a handful of EFT practitioners who makes sense but in reality, what they are applying is not EFT in its core but combination of various forms of therapies. Which got me to thinking, if their practitioners do not solely rely on the techniques within Gary Craig’s EFT, could it be that, it doesn’t really work?

Acupuncture Points and Misuse in EFT

The body’s acupuncture energy system is a very complex system. I remember asking one Traditional Chinese Doctor in one of my visits in a Chinese Hospital in Bangkok, what makes acupuncture effective? To tell you a little background of the story, I accompanied a friend who was seeking help for curing his tinnitus. The doctor replied that its years of study and combination of ancient knowledge passed down within families.

So, it got me thinking that if it takes that long to become an expert, how come today an EFT practitioner can become an expert in manipulating energy systems within the body with direct influence to the mind in just a matter of days, or weeks?

Sounds difficult to understand how the meridian system used in the East can be mastered by someone in the West with no knowledge in its true application nor was it passed down within families.

Could it be that they are misusing the meridian system? Or it is just among their list of trickery to get someone to sign up for therapy. It is alarming how it can destroy a person especially in cases of high trauma.

As a massage therapist and a patient care technician, I do not doubt the effects of acupressure points in releasing stress. There are many points that can be used to release the current flow of harmful hormones, it is true, but there is caution in opening and stimulating certain points in the body, without skills it can worsen fatigue and give rise to complications.

I wish that whoever subscribes to Gary Craig’s EFT first read the following links I found online:

Time to turn off the Tap: Why Emotional Freedom Technique is dangerous nonsense

This is an article by Alex Langford who obviously got so much lashing if you read the comments from EFT practitioners. It is an interesting read from a medical professional’s point of view about the dangers of EFT.

This gives you a full understanding on why Gary Craig’s EFT is under watch from many medical and psychiatric professionals and the lengthy list of misinformation used by EFT to mislead the public. A must read.

Confessions of a QuackBuster Blog

This blog contains some great information on how questionable Gary Craig’s EFT is and how it originated to be just a copy of another healing modality.

Discover the truth coming from the internet’s biggest collaborative encyclopedia how EFT draws attention from alternative and holistic healing and how it lacks evidence to be considered effective.

This blog wishes to inform the public that whatever you subscribe to, you need to really take caution especially if it is the energy system you are buying into. It has been marketed many ways over time because it is the easiest way to make money out of people who wish to really get well.